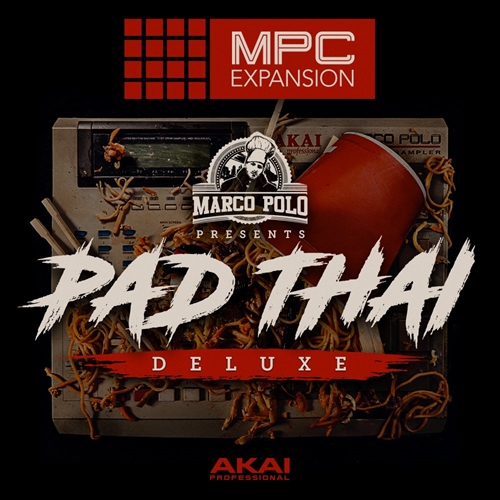 Get Your Beats Knocking with this Expansion for your MPC

Pad Thai Deluxe features the cream of the crop taken from Marco Polo's highly acclaimed and internationally known" Pad Thai" drum kit series. Known for having some of the hardest and dustiest drums in the game, Marco Polo has spent years digging for records and applying that same approach to assembling his drum kits. Marco has produced for some of the greats in Hip Hop such as Rakim, Scarface, Masta Ace, Pharoahe Monch, Westode Gunn & Talib Kweli too name a few.

This is essentially Pad thai on steroids! 24 brand new fully composed beats/pgms including musical, bass and drum elements to get your beats knocking with minimal effort. A mixture of laid back vibes to the dirt and grit of Brooklyn, New York where Marco calls home. Use the presents and demos to catch your own vibe or guide you on a new musical journey. These sounds are ready to rock RAW with minimal processing. Punch, thump and dirt is the name of the game here. Whether it's one shots or chopped original breakbeats. This kit has you covered for the inspiration to produce any modern or old school Hip Hop vibe.

Be sure to check out Marco Polo's YouTube series "MP On The MP" season 1 for a deeper look into using pad thai in his production process! MP has taken his MPC 2000 Xl workflow/approach to new levels in the modern Akai world and we're excited for you to hear this brand new kit that will definitely change the game.